Aukštaitija Narrow Gauge Railway is heritage railway operating in Lithuania. We do projects, predominantly related to heritage, tourism and culture in general. Besides operating the only heritage railway line in Lithuania, we have collection of heritage locomotives, carriages and other rolling stock, also we do have variety of buildings, such as depots, stations, bridges, warehouses, water towers, etc.

After the formation of the wide railway network in Lithuania at the end of the 19th century in order to supply it with cargo and passengers, it was necessary to build narrow access railways to the most important points. During those times narrow gauge railway carried a variety of goods, mainly forest material and passengers. The rise of the narrow-gauge railway happened interwar period, when the network expanded and railway was widely used in various industries. During soviet occupation, its usual functions began to weaken, while independence saw rapid decline until in 2001 it ceased to operate as a means of transport and a historic-tourist train was established. 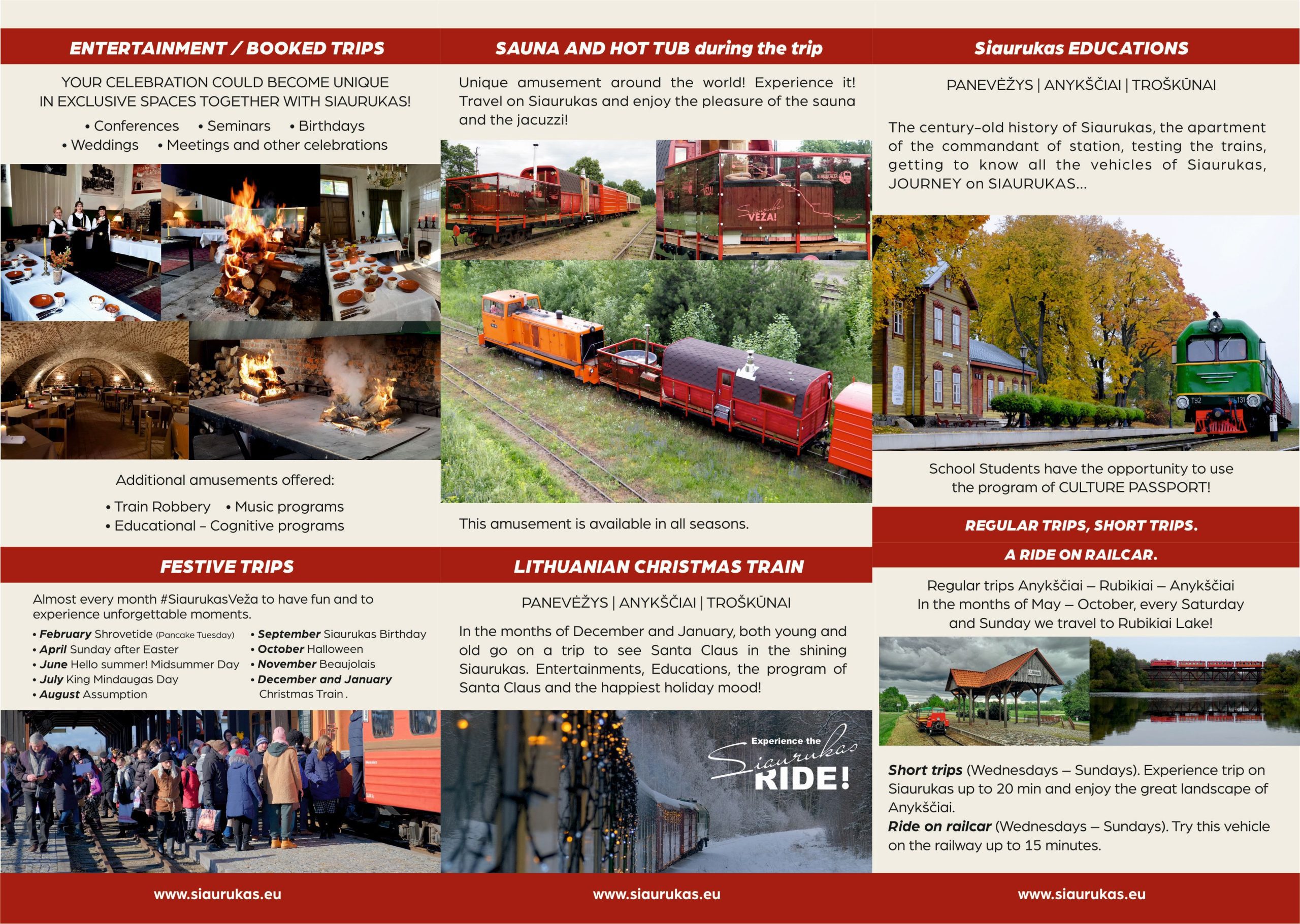